There is nothing more frustrating than a smoke detector that will not stop beeping. While there are plenty of possible reasons that your smoke alarm is beeping like a malfunction, there are also a handful of easy solutions to finally end their pointless beeping. Want to know how to stop a smoke alarm from beeping? Read on,

What to Do When a Smoke Alarm Keeps Beeping

Smoke alarms that detect smoke or potential fire emit a continuous, drawn-out siren noise. However, when smoke alarms beep regularly with spaces between each tone, they’re often low on battery power. It is also essential to check the instructions to determine what’s wrong, but replacing the battery with a new cell is usually the first step.

How to stop smoke alarm beeping through noise decoding? Smoke detectors have different designs and models, but their sounds usually tend to have the same meanings. In case of fire, smoke alarms will continuously beep, but if it beeps with spaces, chances are, the batteries are low. When you start hearing the beeping or chirping sound, replace its battery. It will reset the smoke detector and will make it stop beeping and chirping.

To fully determine the meaning of the noise, you should consult the manual or the manufacture’s website. They should have recommendations as to how to turn off a fire alarm from beeping. Many smoke detectors only come with tiny instruction booklets that get lost easily. Even if you misplace your manual, you can still check the instructions printed on the back of your safety device.

If the label came off, you might be able to look up directions online using the model number and manufacturer’s name. This trick may solve the problem as to how to stop smoke alarm beeping.

The Effective Ways to Stop a Beeping Smoke Alarm

The following are useful guides on how to stop smoke alarm beeping:

To reset your smoke detector and stop it from beeping, unplug the power supply and remove the detector from its mounting bracket. Some may run on electricity and don’t use any battery, but when you detach it from the ceiling, it is removed. After a while, restore the power, then reattach the device to its mounting bracket. Once it is reset, the smoke detector should chirp one more time.

More often than not, replacing the batteries will eliminate that annoying sound coming from your smoke detector. Typically, it would be best if you changed them every six months. When you remove the old battery, please note the charge and how it is placed. Replacing the right and fully charged batteries will stop the beeping.

Clear Any Dust or Debris

If batteries do not power your fire alarm, the issue could be something else and something to do with dust buildup. Free your smoke detectors from any dust or debris because they cause it to beep that is common during construction. You can also try taking an air blower, similar to the one used for keyboards, and blow inside the alarm’s vents.

You have to note that if cobwebs, spiders, or any other intrusion made its way into your smoke detector, it’s at risk to malfunction, even during a fire.

It’s always a smart idea to test your smoke alarm regularly. The test or silent button can sometimes be pushed even when it was not intended. If your smoke alarm is still beeping, remove the smoke alarm and test it without the batteries inside.

You should know that smoke detectors don’t last a lifetime. If your smoke detector is ten years already, they should be replaced immediately.

Smoke detectors save lives, so you have to make sure that they are working correctly. The good news is that your smoke alarm is pretty vocal when it’s malfunctioning. It may be annoying, but it gives you an idea that there is a problem.

The next time your smoke alarm won’t stop beeping, there’s no need to worry because there are simple solutions without necessarily calling for professional help. Hopefully, the above helpful ideas should do the trick. With proven solutions on how to stop smoke alarm beeping, irritating alarm beeps will never be an issue again. Use what you have learned to keep your house safe and sound at all times. Know more about Smoke Alarms. 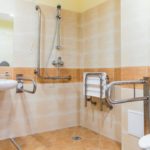 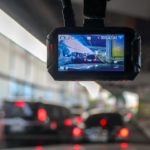 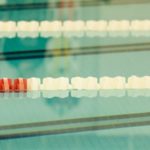 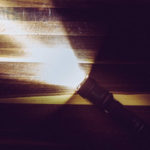 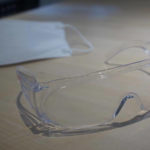 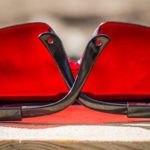